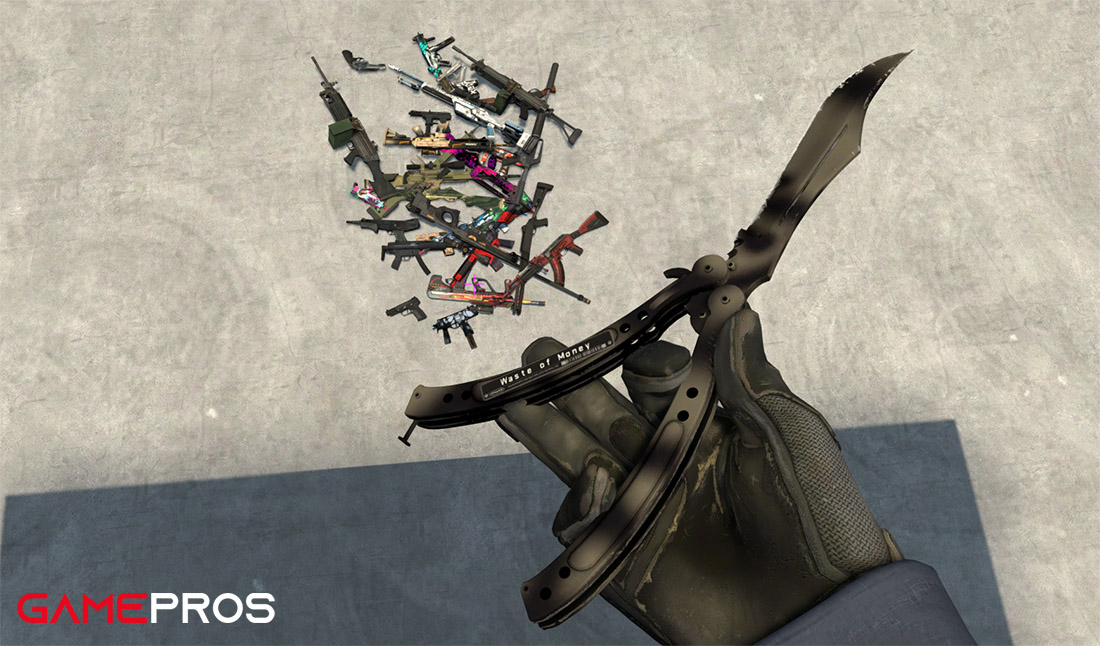 Counter-Strike: Global Offensive was initially released in August 2012. Now that we’re in the 9th calendar year of the game, let’s take a brief look at where all the CS:GO guns fit into the current meta.

We’ll be touching on their use in pro play and high ranked lobbies, as well as the potential for use in lower lobbies.

2018 and 2019 saw some huge shifts in the Counter-Strike gun meta. Heading into 2020, rifle buys look a lot different than in earlier years.

On October 9th, 2018, the price of both the AUG (Counter-Terrorist Side) and SG 553 (Terrorist Side) were reduced to just $50 more than the M4A4 and AK-47 respectively. While their current prices have since been increased to $3,300 (AUG) and $3,000 (SG 553), both CS:GO pros and casual players saw the benefits these rifles offer during their “sale price” period.

When scoped in, both rifles have far lower spread than when hip-firing or when compared to hip-firing with the M4/AK-47. The AUG using the ACOG scope, in particular, has exceptionally low bullet spread.

The scopes found on both Rifles also make it easier to hold even the thinnest of angles, as you can more clearly see through gaps at a distance. 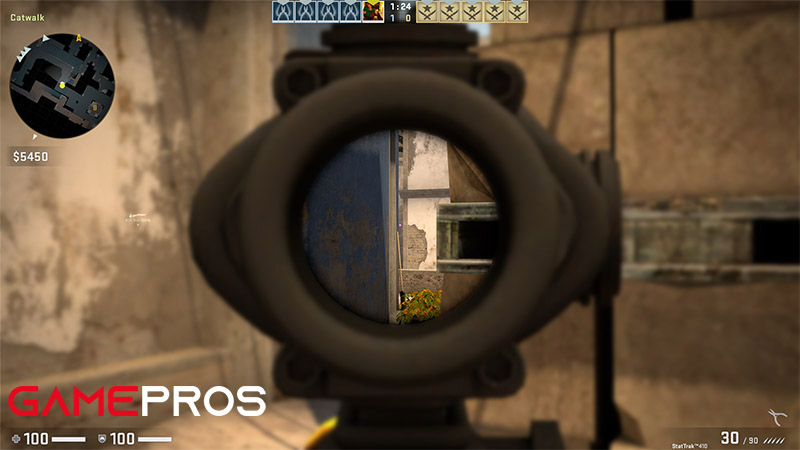 In pro matches, nearly every rifler uses the AUG and SG 553 when their money permits. The benefits are likely even greater for recreational players who haven’t mastered hip-fire spreads. In your full buy rounds, you most likely want to be buying the AUG on CT side and the SG 553 on T. With that said, the AUG offers more significant benefits to CTs than the SG does to Ts in our opinion. 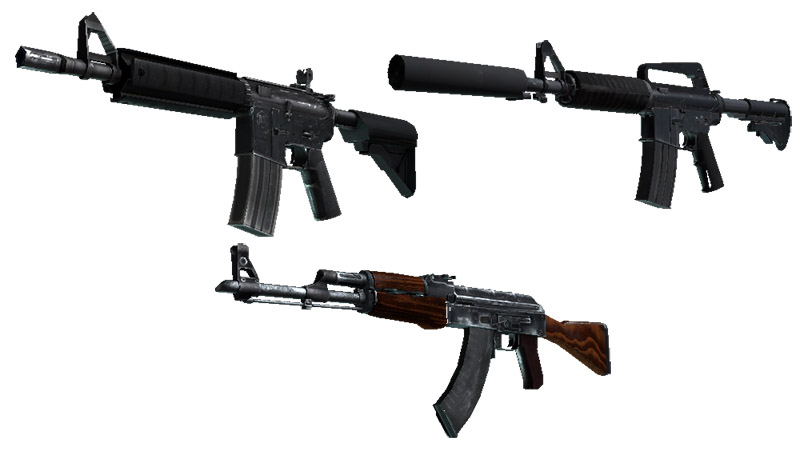 While we’d generally recommend sticking with the AUG and SG-553, there are some times you may still want to buy an M4 or AK-47.

If you’re struggling to afford a full buy, the M4 and AK-47 may be the better purchase if it means buying an extra smoke, flashbang, or HE grenade. We’d consider this most on the T side, because:

If you’ve watched any recent pro matches, it seems some teams are almost never saving when they can afford a decent buy that includes these weapons. Both of these rifles can two-shot armored opponents with one shot to the head and another anywhere else.

Unlike other cheap weapons, like SMGs, both of these rifles can be fairly effective across the map… Plus, they do this while still having automatic fire capabilities, unlike the SSG 08 or Desert Eagle.

In 2020, consider a buy round with the Famas or Galil when your team otherwise wouldn’t be able to full buy.

Not much has changed with the AWP ($4,750) in recent times. The big green gun remains the most effective gun for holding angles and getting picks in CS:GO.

Its ability to one-shot your armored opponent with hits anywhere but the legs make it incredibly lethal. The downsides, of course, are its price tag and movement speed.

Multiple players buying AWPs can kill your team’s economy and make taking/retaking sites nearly impossible. It’s best to avoid more than one player with an AWP on T side and at most 2 AWPers on the CT side.

The SSG 08 ($1,700) remains a great way to get one-shot picks on force buy rounds when in the hands of the right CS:GO player. The SSG can one-shot both armored and unarmored opponents with head-shots.

It’s a reasonable choice for your teams AWPer or another player to consider buying the SSG 08 around a Famas/Galil force buy or a pistol buy.

Neither team’s auto sniper has found its way into the current CS:GO meta.

While you get a Glock-18 (T) or USP-S/P2000 (CT) automatically each round that you don’t have another pistol carried over, you may sometimes want to upgrade. While we generally wouldn’t recommend upgrading for first-round pistol rounds each half, upgrading your pistol in other rounds can make a lot of sense.

Below are the most popular pistol upgrades used currently. 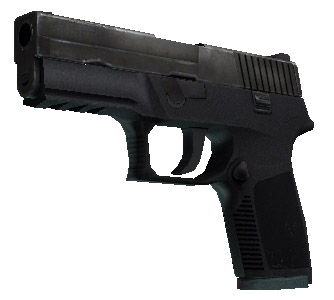 The P250 ($300) is the most affordable CS:GO gun upgrade you can make. With a head-shot, it can do up to 96 damage to an armored opponent (one-shots unarmored with head-shot). It’s a great option for near full save rounds, giving you at least a chance to inflict damage on the opposing team’s economy. It’s also a great secondary weapon for AWPers. 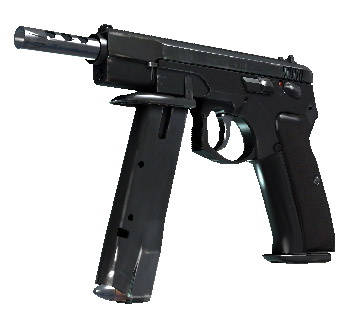 The CZ75-Auto ($500) is the only fully-automatic pistol available in CS:GO. It’s pretty terrible at long distances, but it can be a great way to burst down an opponent close. 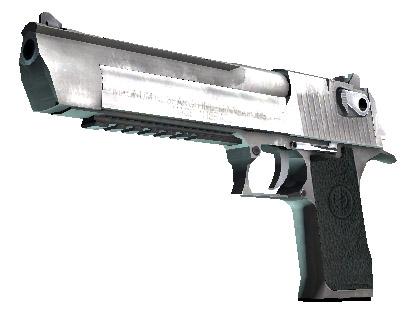 The Desert Eagle ($700) is the cheapest gun you can buy that can one-shot head-shot both unarmored and armored opponents. This also makes it the cheapest CS:GO gun teams can buy for a decent chance at winning rounds.

For new players, the Deagle can take a lot of getting used to because it requires shooting at a fairly slow rate to be accurate. If your aim needs work, you may want to avoid the Deagle, as it’s most effective when you can hit opening head-shots.

As mentioned in the rifle section, SMGs have largely fallen out of the current CS:GO meta in favor of the Galil and Famas or Pistol upgrades.

However, they are still a good and frequently purchased option on CT side after you win the first round. Of course, they also can be bought in force buy rounds if you can’t afford a rifle (or a rifle and the other items you want).

Both shotguns are decent alternatives to SMGs for holding close on the CT side after first-round wins or on force buy rounds.